So I waited to be freshly out of 2017 to post this post. And to be quite honest I literally went in to like a hibernation from the world the last week of 2017.

We all expressed the burden that 2017 kinda was. It was like Good with Bad but for the first year ever in all of my life.. The bad was like a horror film. To be unbelieved.

Starting with kind of the abrupt ending of it all in 2016 when the Ghostship fire happened and I really just could not put the pieces together in my mind. I think mostly it was just the overwhelming idea of injustice. In the beginning of this year, I wrote a post about healing but I did not go into details about losing my friends in the Ghost Ship but it really hit home because I lost people who were soulfully connected to me.

This year has been a year of grieving. I honestly just travelled to try to cope with losing a lot this year. I lost my home of almost eight years due to gentrification in Oakland. It was a whole lot of pointless drama in 2017 and it has been pretty much pointless drama for like the last 6 years and I just think 2017 was when society really took it to the max. Maybe its because we got a new president that was not qualified to do the job which is an injustice to the people and a reminder of a planets consistent attempt to live in discordance. I think the universe obviously met the people with ok this what you will have and the world pretty much fell apart. But honestly how much longer can the world run on these bad ideas of Greed and Drama. Take in to context that the earth travels around the sun for us to have a full year. How can Earth be motivated to give us what we need when we take away so much of earths energy without the labor of rotating around the sun. I am just saying. If we don't become loving and grateful then it just might stop. Like fuck it. Dinosaur apocalypse part two.

I look at that... what they did to us when they displaced so many low income artist who had been living in the space since 2011 under very bad conditions that were not told to us because they just wanted our money and knowing we are beneath the financial bracket they could cheat us. They broke up my home right when my son started high school. That shit was fucked up and they did it so aggressively like menacing and bullying us to get out! They saw a chance to make lots of money off of a space. That was just our homes for many years. So yeah 2017 was rough to me on a level but I toured. An independent artist by the name of Maya Songbird toured the nations and Europe. Literally I was like constanly on the go. It felt like I was literally getting out of car to get on a boat to get on a bus to hop on a plane and then ride on a train. All over the place. That right there was a chance to literally expand and I thank Spray Tan Band, Sister Spit Tour, Dream Nails Band, Girls Go Boom, Charmpit, Erika, And Katers, Joni, All the Venues and Homes that allowed space for us. Thank you Ragana and SBSM for adding me to the bill last minute in Berlin when I lost my money in Copenhagen. Thank you Ananyah for shooting the Staying Alive video with me in London and Calvin for meeting me after talking online for years. Thanks to everyone who just gave me love and support on the dance floor. I played shows in Europe and Canada. I never would have imagined that.

And now my favorite moments in motion over he time frame of like June-December in n particular order....with a dash of short descriptions! 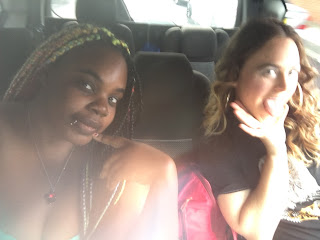 Me with Anne Marie from Charmpit headed to Queer Prom in London! 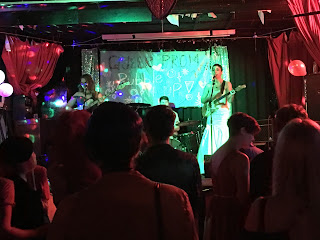 Charmpit live and direct on stage at Queer Prom.. 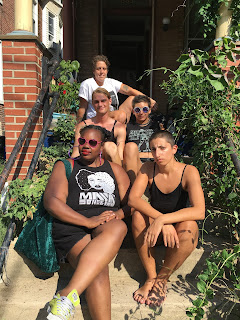 Family photo in Philly while on The Queer Conversion Tour 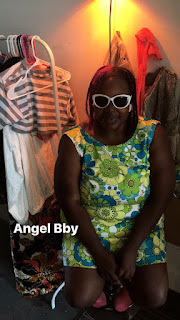 Playing Dress up with @JeffandtheJerks in LA 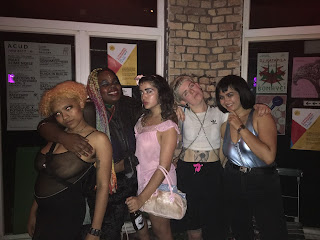 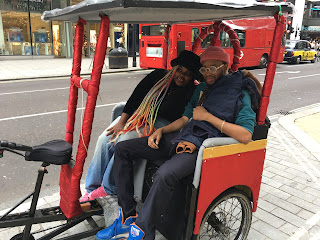 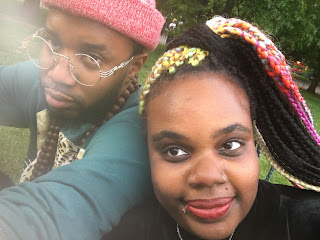 Meeting my friend/collaborator @CnmKng for the first time after being on the net together since 2012. 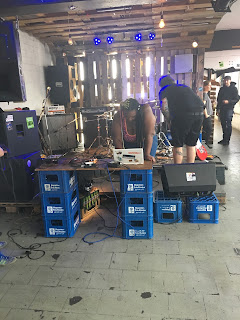 Opening for Ragana and SBSM in Berlin 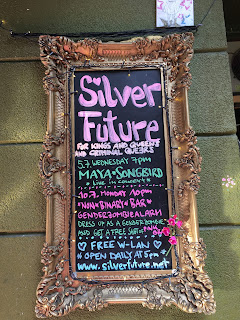 Name in Chalk at Silver Future in Berlin 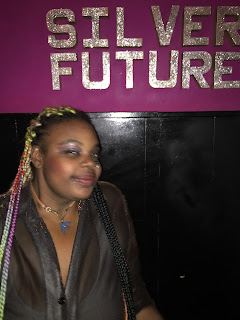 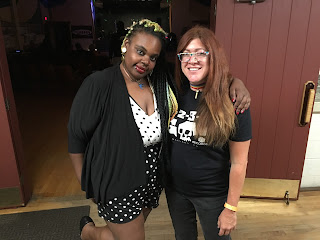 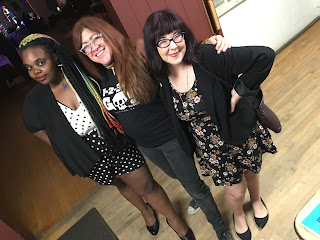 Thank you for good times at Slo Lady Fest! 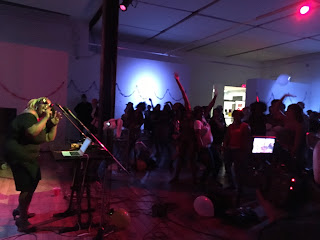 Getting the crowd dancing at The universe is Lit! 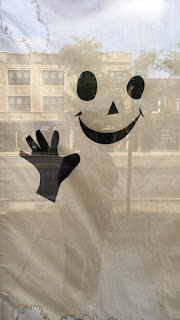 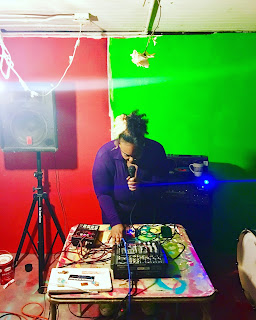 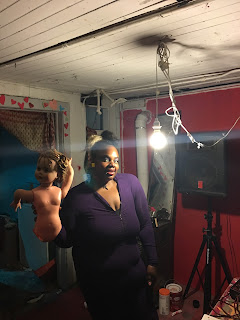 Moments in Chicago from the Queer Conversion Tour. 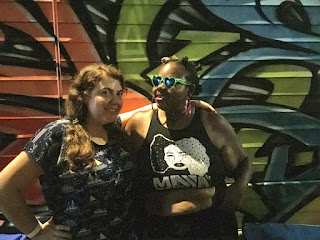 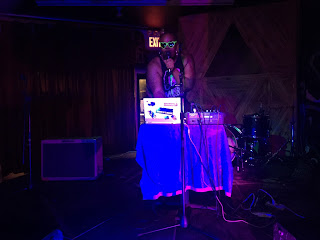 Playing at The Silent Barn NYC on the Queer Conversion Tour and legendary sister spitter @CathyDeLaCruz came and saw her sister perform. 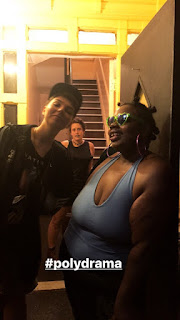 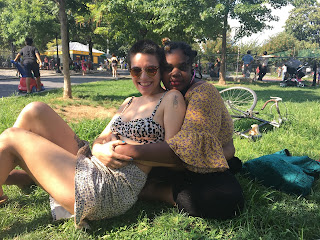 With @papelonpapelon in the park in Brooklyn! 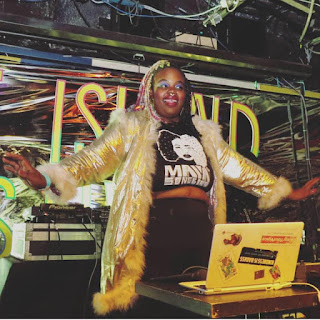 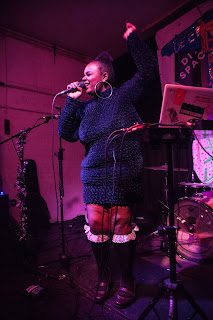 Opening for Dream Nails in London. Photo by Keira Cullinane 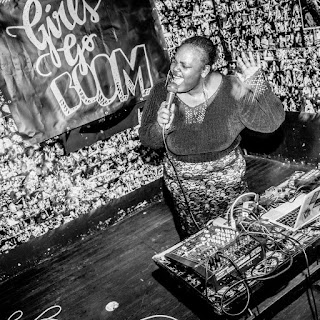 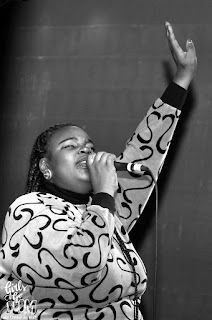 Playing at Girls Go boom in Belgium and Rotterdam for the bloody Birthday Bash.

So what did this 2017 year teach me? It taught me to move in the midst of your world falling apart. Setbacks should not hold you back. I literally lost everything a lot of personal things that I don't want to relive but ya'll know because you went through it with me. The support and love got me through. I could have really slipped into a dark space. But love pulled me through. So looking forward to applying everything I learned and survived through to this new year. This has been a journey of seven years. I have had to literally build my own world away from what is considered the norm journey for a musician. I don't fit in mainstream. I am overlooked by blogs and mainstream culture but thank you to people Nastia who made sure I was in the East bay Express several times this year. Thank you to Jhoni for getting press. Thank you for all media outlets that shared my music! I don't fit the part of what a star might be but thank you for believing in my shine.Looking forward to 2018 and for new doors to open for a peculiar lady who loves to dance.

Excited now to expand with Maya's Magic shop online after being on the road and like selling my art at shows since 2012 to actually having an online store after several failed attempts. Maya's Magic Shop launches on 1/11. Then my bby company I have launched a few times and I wouldn't say we failed but it was not quite right but this year right here its time. On a loving day Wired Weird Ent takes flight again on 2/14... Now if you are subscribed to me on social platforms and I have your email address then you wont miss the festivities. So follow @wiredweirdent and @mayasmagicshop on instagram. Well here goes. Eight years a Songbird. Maya Songbird. Thank you for supporting me! Lets stay on the up for 2018 and beyond!
Posted by Maya Songbird